Google Will WARN Searchers About Sites Without SSL 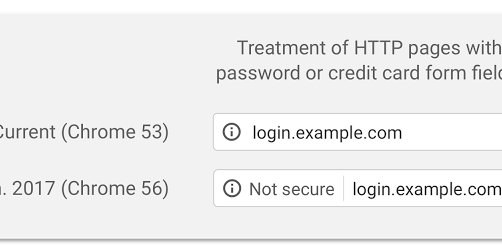 On September 8, 2016 Google posted on the Google Security Blog that it will:

To help users browse the web safely, Chrome indicates connection security with an icon in the address bar. Historically, Chrome has not explicitly labelled HTTP connections as non-secure. Beginning in January 2017 (Chrome 56), we’ll mark HTTP pages that collect passwords or credit cards as non-secure, as part of a long-term plan to mark all HTTP sites as non-secure.

So, I have some thoughts, warnings and concerns to share with you.

Firstly, Zen Cart users ….. GET AN SSL and stop being a contributing factor to insecurity, low buyer trust and general ignorance. In a nutshell Google is going to ding you ALL with a warning, even those who only accept PayPal. Rightfully so, while you’ve never been required, you should have been supporting buyer trust long ago…. Now you will be punished if you don’t. Rightfully so.

I do however have concerns about the “implied” safety users are being fed about SSLs. They really feel like they can safely shop on that 1997 dotNet rag of a site safely, just because it has an SSL. This does in fact concern me. In our own retail holdings we try very hard to educate people, shoppers, but they are collectively uncaring. We still do the right things whether they care or not…. But it’s a real pisser none the less.

I would think opening this program in Chrome allows for very detailed user behavior testing on Google’s part. This is great and I applaud their efforts. I would expect the results from this venture may require some tweaking, but in the end you will see this or a similar program rolled out in regular Google searches pretty quickly. So, get a move on!

SSLs aren’t that expensive, averagely, including the necessary dedicated IP address, they cost site owners around $100 a year. If you can’t spare a hundred dollars a year for increased buyer trust, sales and Google love, then move on and work for someone else.

Time is short, Google intends to roll this out January 2017… But in true Google style, I would expect to see partial pieces put in place much sooner than that.